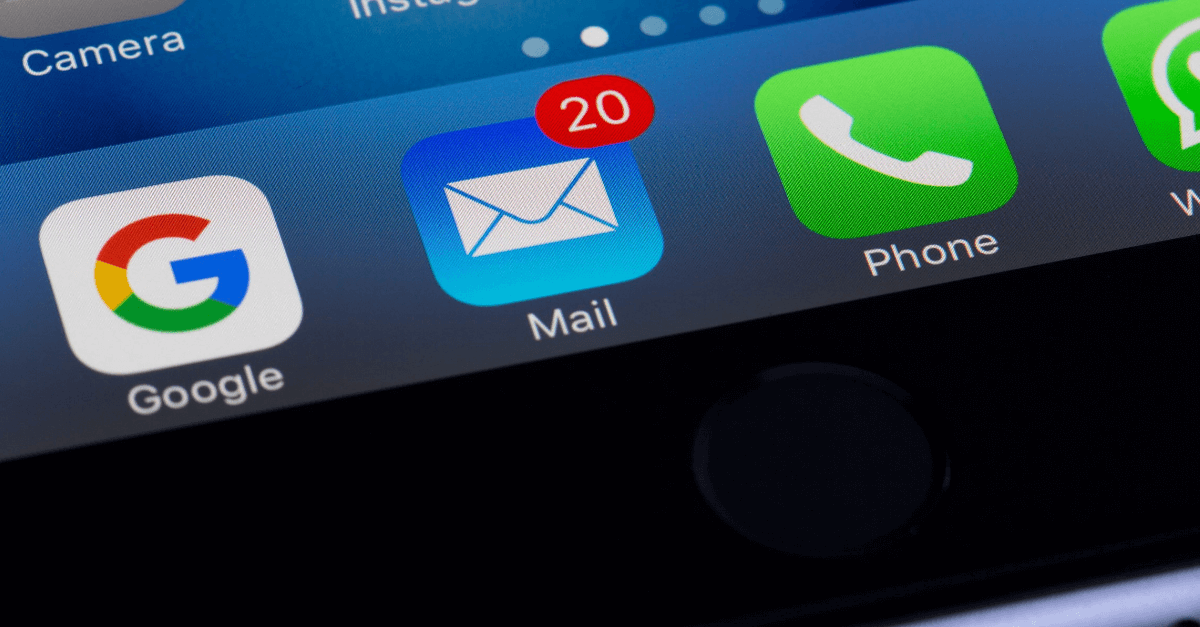 The Evolution of Email and Exchanging Sensitive Info

It's hard to imagine a time when email wasn't part of our everyday life. A lot of us start our days by checking our emails. Try to sign up for any kind of service and they'll ask for your email address. Email connects us with people all around the globe, and we send and receive emails all day long.

According to statistics, email has 4.03 billion daily global users in 2021. And there were roughly 306 billion emails sent and received around the world every day in 2020. In October 2021, a whopping 83.98% of the 111.71 billion average daily emails were confirmed spam. But that's a conversation for another day.

Email as we know it today has been around for 50 years. And while it has evolved in that time, it is essentially still the same thing using the same decades-old technologies, especially when you consider email security.

Email security is only as strong as its weakest link. And considering that 91% of cyber attacks start as a phishing attack according to Verizon's Data Breach Investigations report and one in four companies have suffered an email breach according to Hornet Security – that's not very secure at all!

The Evolution of Email

It all began with the demonstration of a Compatible Time-Sharing System in November 1961. It was one of the first inter-user messaging systems. People logged into one central system via a remote terminal where they could store and share files. But sort of like an Internet forum, it was a public directory where anyone logged into the system could view whatever was saved there.

Developed by Noel Morris and Tom Van Vleck, private electronic messaging was born when the MAIL command was written for CTSS. With the MAILBOX expansion, users could now message each other directly over an interconnected, dial-up network.

The first email as we know it today was sent by Ray Tomlinson in 1971. Using the at-sign (@) between user names and machines, i.e. servers, he created a completely new way of sending messages between computers. Although the two computers he used were right next to each other, they were using ARPANET. And so the first email was sent. If you're wondering, it said: "QWERTYUIOP" (apparently keyboards haven't evolved much either!).

Until 1992, emails were effectively nothing more than digital letters. We could send words to each other but not "packages". That was until Nathaniel Borenstein and Ned Freed developed the Multipurpose Internet Email Extensions (MIME) protocol. On March 11, 1992, Borenstein sent the first-ever email attachment to his colleagues. And we still use this exact same protocol to send attachments today.

Why Email Is an Outdated Way to Send Sensitive Information

It's Slow and Tedious

Although sending an email means it will arrive in the recipient's inbox almost instantly, they can sit there for hours and even days before you get a reply. Some email applications include read receipts, but there's no reliable way to be sure your email has been seen. Or even that you sent it to the right place! We also tend to be more formal with emails, sending unnecessarily long-winded messages when a line or two will do just as well. In the fast-paced world of today, we want and need real-time communication just to keep up.

So companies tend to prefer instant messaging (IM) applications like Slack and Google Hangouts for on-the-go communication around the clock.

Email seems to be a necessity for business communication. However, if you’ve ever been on the receiving end of the dreaded “Reply to All” in a chain of CC and BCC emails, then you’ll know that it is not ideal. It's particularly not designed for projects where multiple teams are working on multiple sub-projects at the same time. And if there is any misunderstanding in an email, it can lead to a back-and-forth of clarification emails with everyone wondering who exactly is replying to what.

The nice thing with IM apps designed specifically for business is that they allow for in-line messaging or “threads” within a chat, so the chat window stays free of clutter. You can also tag a specific person in the chat and even pin important messages so they’re always easy to find. Applications like Trello and Bootcamp are designed specifically for project management and collaboration between multiple teams.

It Is Not Secure

SSL encryption for emails was developed by Netscape in 1995. This meant that if an email was intercepted between sender and receiver, it wouldn’t make any logical sense to whoever compromised your security. Four years later, popular email clients began to switch to TLS because it offered a more reliable security profile. But even if you obey every cyber security rule ever created, emails aren’t very secure by their very nature. And attachments aren’t protected by default.

IM applications like Slack and Microsoft Teams encrypt data while in transit and at rest, meaning any information you send stays secure. With applications like Wire, Telegram, and Signal that have built-in end-to-end encryption (E2EE), your data is even more secure.

Another option is to use a web-based application like FileInvite, which can automate the collection of important and sensitive information, encrypt the necessary documents and keep them safe in a secure online platform.

“You can't kill email! It's the cockroach of the Internet, and I mean that as a compliment. This resilience is a good thing.” - Alexis C. Madrigal

Email will always be the primary channel for communicating with anyone whose phone number you don’t have. And with email marketing offering an astounding ROI of 4,200%, digital marketers will fight to keep it alive. So don't go deleting your Gmail, Outlook or AOL accounts just yet (yes, there are actual people still using AOL email).

At the end of the day, email is no longer the default choice for businesses. There are new apps and systems being developed every day, usually with specific communication channels and purposes in mind. And until something is done about the poor security that is the standard for email, it will always be better to find another way to exchange sensitive information.

We wouldn’t suggest carrier pigeon, though.

These Stories on Security

4 Tips to Protect Your Online Documents

An Alternative to Email for Document Collection and Loan Applications